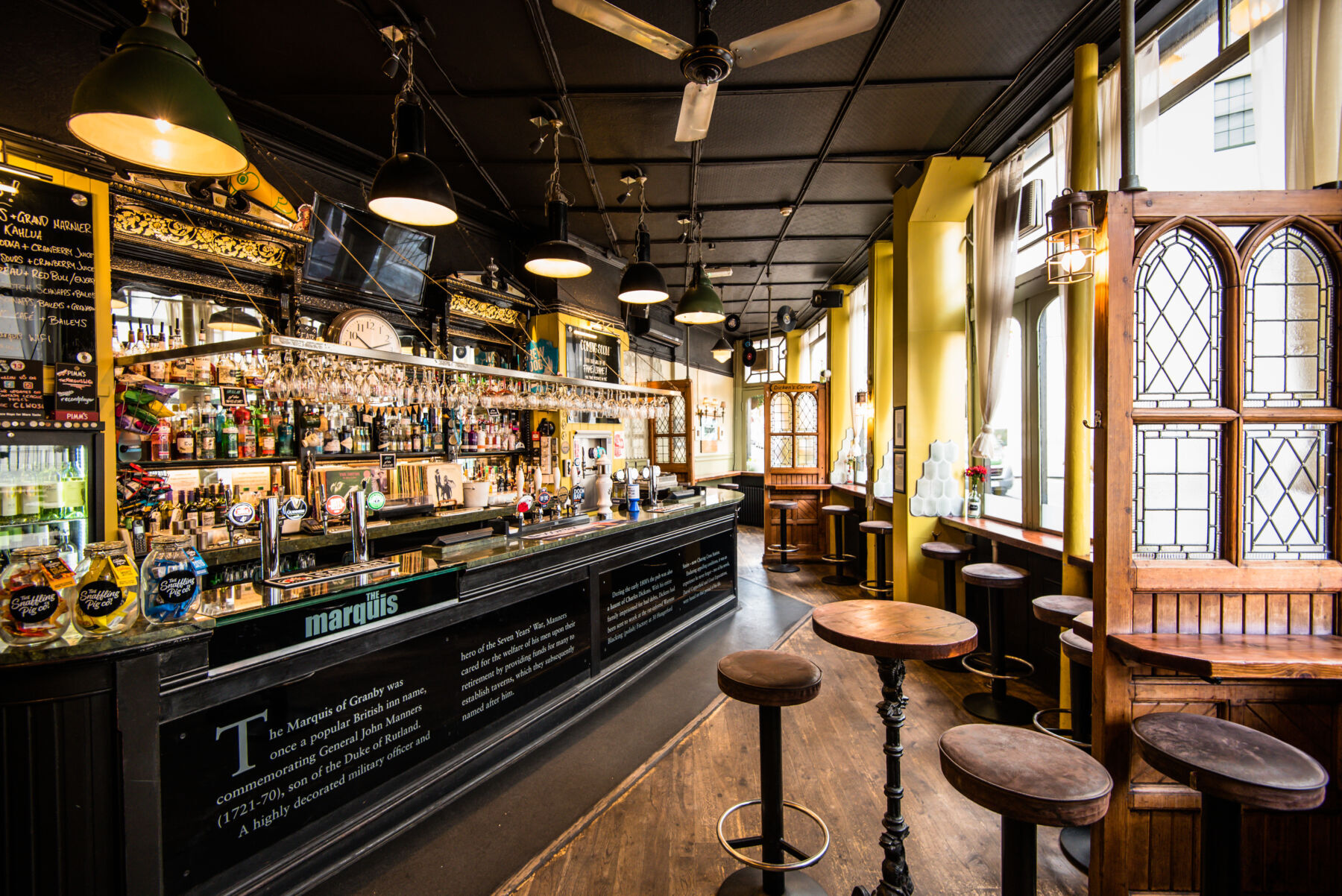 History of The Marquis

If Pubs Could Talk…

The Marquis’ history is as colourful as the people who once drank here.

The name ‘The Marquis’ is rooted in the legacy of General John Manners, the Marquess of Granby (1721-1770). He was a highly decorated military officer and hero of the Seven Years War. Manners cared for the welfare of his men and upon their retirement he provided funds for many to establish taverns, which they subsequently named after him.

The building dates back to Charles II’s reign (1661 – 1685) and was originally run by a mistress of the Duke of Buckingham. ‘The Hole in the Wall’ as it was known then, was notorious for its criminal regulars, including the romantic highwayman Claude Duval, who was captured here whilst propping up the end of the bar!

January 17th, 1670, Duval was tried at the Old Bailey, and despite the protestations of his many female admirers, her was condemned to death and later hanged at Tyburn. He’s still hanging around the area today, his grave in the centre aisle of St. Pauls’ Church in Covent Garden. His epitaph inscribed on a stone famously reads:

Here lies Duval;
Reader, if male thou art
Look to thy purse
If female, to thy heart

More than a century later, the pub became the haunt of Charles Dickens (1812-1870), who had been set to work at the rat-infested Warrens Blaking factory, in the corner of Chandos Place and Bedford Street. With his entire family imprisoned for bad debts, it was an experience that had great impact on him. Both David Copperfield and Great Expectations are based on this period of his life.

The Marquis continues this cultural tradition, attracting artists from the neighbourhood theatres, civic workers, and those exploring the hub and delights of Trafalgar Square, Leicester Square, and Covent Garden. In the winter cozy up next to our 17th Century fire, and in the summer enjoy a bevy in our outside area, the smallest street in London, and rumoured to be J.K Rowling’s inspiration for ‘Diagon Alley’ featured in the Harry Potter series.

History In the Making…

Now, in the 21th century, The Marquis is a family owned pub, by The Morton Scott Pub Company. In 2007, father and son team, John and Chris Scott were the latest publicans in a long line to call the Marquis home. The Marquis is Grade II listed building with timber front to the ground floor, bar windows and panelled and glazed doors with pilasters now a permanent feature.

The Marquis now forms our family of three pubs in the Covent Garden area. As a company, we are passionate about keeping the spirit of London pubs alive. We believe in great beer, great service and good honest food.

Revel in the atmosphere and who knows, maybe a bit of the legacy will rub off on you. 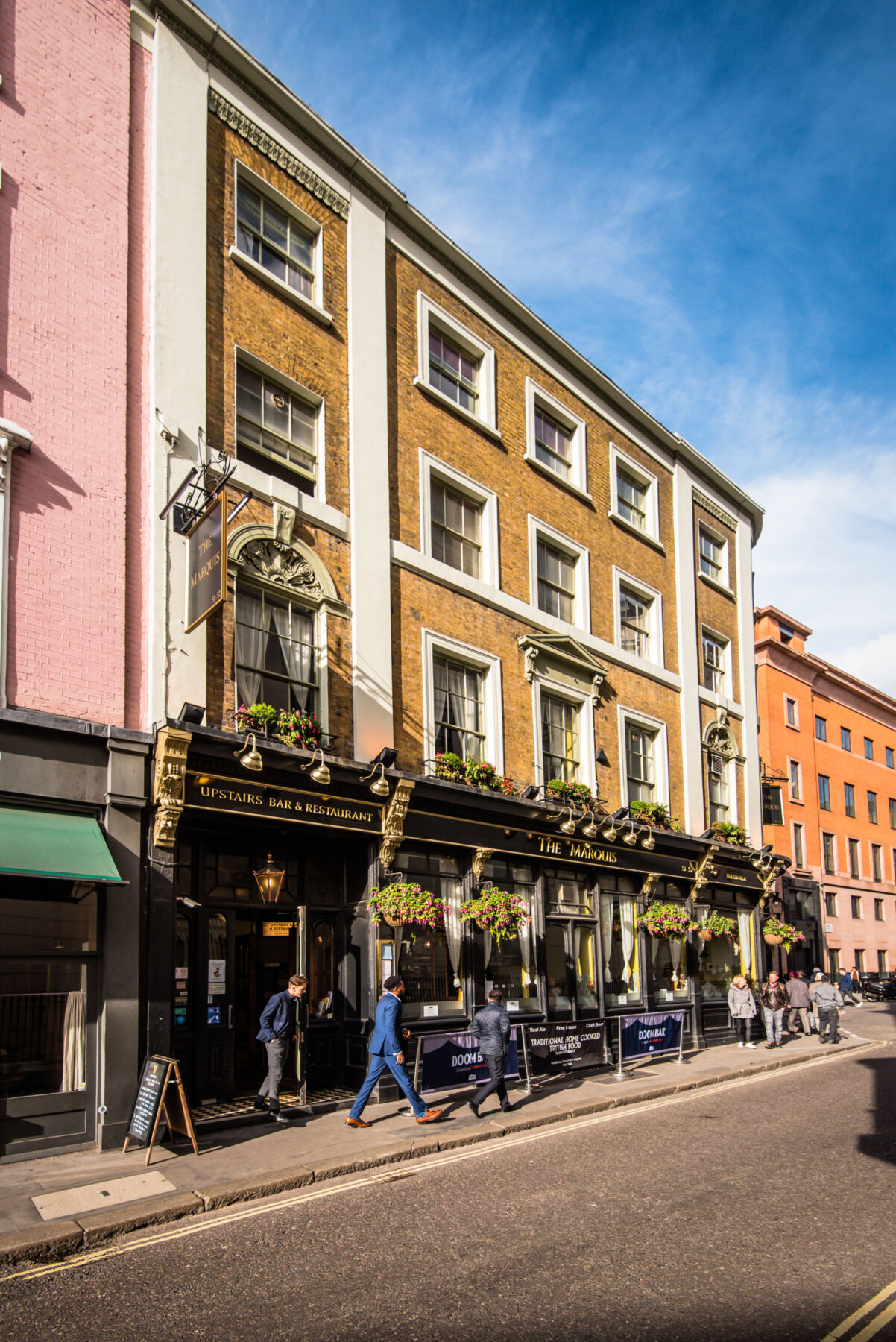